Check out our summary writer’s picks of interesting opinions that have come their way during the past week. 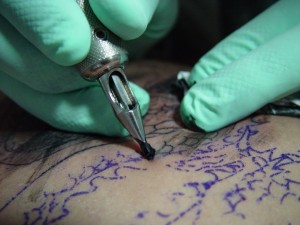 This case involved the intersection of municipal zoning regulations and the right of tattoo artists to ply their trade. After the City of Mesa denied Plaintiffs a permit to operate a tattoo parlor, Plaintiffs filed this action alleging violations of their rights to free speech, due process, and equal protection. The superior court dismissed the complaint for failing to state a claim upon which relief can be granted. Recognizing that tattooing involves constitutionally protected speech, the Supreme Court vacated the court of appeals and reversed the judgment of the superior court, holding that the superior court erred by dismissing the complaint as a matter of law. Remanded.

In this appeal, the Supreme Court reviewed a court of appeals’ opinion in “Churchill v. Univ. of Colo. at Boulder,” whereby the underlying civil action involved claims brought by Professor Ward Churchill pursuant to 42 U.S.C. 1983 after his tenured employment was terminated by the Board of Regents of the University of Colorado (“Regents”). Churchill alleged that the Regents violated his constitutionally protected free speech rights by initiating an investigation into his academic integrity and by terminating his tenured employment in retaliation for his publication of a controversial essay. Churchill sought both compensatory and equitable relief. The court of appeals affirmed the trial court’s dismissal of Churchill’s termination claim on grounds that the Regents’ quasi-judicial actions were entitled to absolute immunity. It also affirmed the trial court’s dismissal of Churchill’s claim for equitable remedies because it concluded that such remedies were not available in a Section 1983 action against quasi-judicial officials. Last, based on its determination that allegedly retaliatory employment investigations are not actionable under Section 1983, the court of appeals affirmed the trial court’s directed verdict in favor of the University on Churchill’s bad faith investigation claim. Upon review, the Supreme Court affirmed, but on different grounds: (1) the Court held that the Regents’ decision to terminate Churchill’s employment was a quasi-judicial action functionally comparable to a judicial process, and that the Regents were entitled to absolute immunity concerning their decision; (2) the trial court did not abuse its discretion when it ruled that Churchill was not entitled to the equitable remedies of reinstatement and front pay; and (3) Churchill’s bad faith investigation claim was barred by qualified immunity because the Regents’ investigation into Churchill’s academic record does not implicate a clearly established statutory or constitutional right or law.

Plaintiffs brought suit against the manufacturer of an electronic control device – commonly known as a “taser” – and sued police officers for excessive force in violation of the Fourth Amendment pursuant to 42 U.S.C. 1983 and state-law wrongful death. At issue was whether a police officer had used constitutionally excessive force by repeatedly deploying a taser against a combative suspect and whether the manufacturer of that device had provided sufficient warning that its repeated use could lead to death. The deceased suspect had gouged out the eye of a family member, attempting to exorcize her demons, when police officers arrived at the scene. The court held that the taser provided sufficient warning as a matter of law. The court also held that, although the officers used significant force in this case, it was justified by the considerable government interests at stake. Because the court concluded that the officers acted reasonably in using force, plaintiffs’ state law claims against the officers for wrongful death could not succeed unless the use of the taser constituted deadly force and the use of the deadly force was not justified. The court concluded that it was not convinced that the use of the taser involved deadly force, but even if the taser qualified as deadly force, no reasonable jury could find that the circumstances here failed to justify the use of deadly force.