Happy Friday! As ever, our Daily Summary Writers have been on the look out for interesting opinions to feature in our weekly column – below are two of note from this past week. 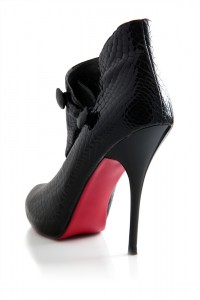 Christian Louboutin, a fashion designer best known for his use of red lacquer on the outsole of the shoes he designs, appealed the district court’s order denying a motion for preliminary injunction against alleged trademark infringement by Yves Saint Laurent (YSL). The court concluded that the district court’s conclusion that a single color could never serve as a trademark in the fashion industry was inconsistent with the Supreme Court’s decision in Qualitex Co. v. Jacobson Products Co., and that the district court therefore erred by resting its denial of Louboutin’s preliminary injunction motion on that ground. The court further concluded that Louboutin’s trademark, consisting of a red, lacquered outsole on a high fashion woman’s shoe, has acquired limited “secondary meaning” as a distinctive symbol that identified the Louboutin brand. Pursuant to Section 37 of the Lanham Act, 15 U.S.C. 1119, the court limited the trademark to uses in which the red outsole contrasted with the color of the remainder of the shoe. Because Louboutin sought to enjoin YSL from using a red sole as part of a monochrome red shoe, the court affirmed in part the order of the district court insofar as it declined to enjoin the use of the red lacquered outsoles in all situations. However, the court reversed in part the order of the district court insofar as it purported to deny trademark protection to Louboutin’s use of contrasting red lacquered outsoles.

Ernest Murphy was employed by the Commonwealth as a superior court judge for eight years. Following the publication of libelous articles about Murphy’s performance of his judicial duties, and his subsequent receipt of hate mail and death threats, Murphy was diagnosed with PTSD and major depressive disorder and was unable to continue performing the essential duties of his job. The state board of retirement rejected his application for accidental disability retirement benefits pursuant to Mass. Gen. Laws 32, 7, and this denial was upheld by the contributory retirement appeal board (CRAB). At issue before the Supreme Court was whether Murphy was entitled to receive accidental disability retirement benefits on the grounds that he was permanently disabled from performing the essential duties of his job by reason of a personal injury sustained as a result of, and while in the performance of, his duties. The Court affirmed, holding that Murphy did not sustain his disabling injuries while in the performance of his judicial duties, as (1) Murphy was not engaged in judicial work during the time he opened and read the death threat; and (2) the act of opening and reading his mail was, in itself, not a judicial duty.

Read More:
No Disability for Judge Who Got Death Threats