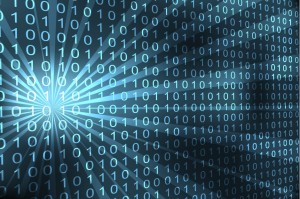 On August 29, Multimedia Patent Trust (“MPT”) filed a patent infringement lawsuit against Apple in the U.S. District Court for the Southern District of California. The patent at issue is U.S. Patent No. 5,500,678, entitled “Optimized Scanning of Transform Coefficients in Video Coding.” In essence, the patent describes a method of digital video compression.

The complaint first alleges that several of Apple’s products, including the iPhone 4S, iPad 2, and the “new iPad” encode video in a way that infringes on MPT’s ‘678 patent. Second, MPT alleges that a handful of Apple software uses the patented methodology “by virtue of the manner in which they encode video.” The third allegation of infringement focuses on the Apple computers as a whole, naming the virtually all current and recent lines of the company’s computers, including the Mac Mini, Mac Pro, MacBook, MacBook Pro, and MacBook Air.

One interesting aspect of the allegations is that the allegedly infringing Apple products comply with the International Organization for Standardization’s (ISO) standards for the encoding and decoding of video, which is not patented (or patentable). The alleged infringement comes in the manner in which the products encode video. According to its abstract, the patent is

An improved scanning apparatus and method which allows for increased coding efficiency over conventional zigzag scans is disclosed. The invention advantageously allows for total compatibility with the MPEG-1 standard, and accommodates video sequences which may be composed of both the progressive and interlaced format frames.

Although these suits are often classified as coming from nothing more than “patent trolls,” one notable aspect of the suit is the law firm representing MPT: Quinn Emanuel Urquhart & Sullivan, LLP. Self-described as the “largest [law firm] in the United States devoted solely to business litigation,” the firm recently made headlines as being counsel for Samsung in the much-watched Samsung v. Apple litigation. In that case, a jury found that Samsung infringed on a number of Apple patents and awarded Apple $1 billion in damages—a substantial loss for both Samsung and its acclaimed legal counsel.

MPT’s case is unlikely to be as widely watched as Samsung’s, but the involvement of Quinn Emanuel in another patent dispute against Apple may cause some raised eyebrows at the very least.