Our Daily Summary Writers have been hard at work, summarizing opinions from all Federal Circuit Courts and all fifty state supreme courts for Justia’s daily and weekly newsletters.  Below are some opinions of interest that they came across this past week. 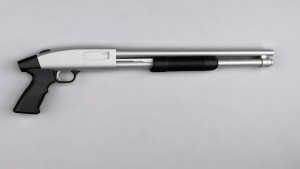 Petitioner was found guilty of the murders of two brothers. The trial court sentenced Petitioner to death. The Supreme Court affirmed. Petitioner subsequently filed a habeas corpus petition for relief from the judgment of death. The Supreme Court ordered an evidentiary hearing on Petitioner’s claim that the prosecution had failed to disclose evidence that would have supported a case in mitigation at the penalty phase that Petitioner committed the two murders because of a Colombian drug cartel’s death threats against him and his family. The referee found merit to Petitioner’s claim. The Supreme Court upheld the determination by the referee and granted Petitioner’s habeas corpus petition, holding (1) substantial evidence supported the referee’s determination, and (2) it was reasonably probable that Petitioner’s penalty phase jury would have returned a verdict of life imprisonment without parole had it heard the evidence withheld by the prosecution.

In re Austin M, Illinois Supreme Court, 2012 IL 111194 (8/30/12)
Constitutional Law, Criminal Law, Juvenile Law
The parents of adopted sons, Austin, 16, and Ricky, 15, retained counsel to represent both. Each was charged with misdemeanor criminal sexual abuse of other boys under foster care in the household. After a joint bench proceeding, the petition against Ricky was denied. The circuit court found that an admission Austin purportedly made to police was sufficient to prove the charges. He was adjudicated a delinquent minor and sentenced to probation. The appellate court affirmed. The Supreme Court of Illinois reversed. A minor accused of delinquency has a non-waivable right to a defense attorney. In addition to representing accuseds jointly, counsel allowed presentation of videotaped statements of the alleged victims in lieu of live testimony, which could have been cross-examined. Counsel never argued that Austin’s purported statement was involuntary or sought to suppress it, despite evidence that Austin was questioned aggressively and had diminished mental capabilities. The representation was not the type of counsel guaranteed by due process and the Juvenile Court Act. The court and counsel indicated that they viewed the attorney as functioning as a guardian ad litem. There is a per se conflict where counsel attempts to perform as guardian ad litem and defense counsel in a delinquency proceeding. The evidence was sufficient that there was no double jeopardy bar to a new trial.

Embody v. Ward, US 6th Cir. (8/30/12)
Civil Rights, Constitutional Law, Criminal Law
Tennessee law allows individuals with gun permits to carry handguns in public places owned or operated by the state (Tenn. Code 39-17-1311(b)(1)(H)) and defines a “handgun” as “any firearm with a barrel length of less than twelve inches” designed or adapted to be fired with one hand. Armed with a Draco AK-47 pistol, Embody went to Radnor Lake State Natural Area, near Nashville, on a Sunday afternoon. Dressed in camouflage, he slung the gun with its eleven-and-a-half-inch barrel across his chest with an attached loaded, 30-round clip. Embody anticipated attention and carried an audio-recording device. With assistance from police, a park ranger disarmed Embody at gunpoint to determine whether the AK-47 qualified under the law, releasing him about two-and-one-half hours later, after determining it was. Embody sued, claiming violations of Second, Fourth and Fourteenth Amendment rights. The district court granted defendant summary judgment. The Sixth Circuit affirmed. The scope of the investigation was reasonably related to the circumstances that justified the stop. To the extent Embody argues that the Second Amendment prevents Tennessee from prohibiting certain firearms in state parks, qualified immunity applies.  No court has held that the Second Amendment encompasses a right to bear arms within state parks.

Public Service Co of NM v. NLRB, US 10th Cir. (8/28/12)
Constitutional Law, Energy, Oil & Gas Law, Labor & Employment Law, Utilities Law
Robert Madrid worked for Petitioner Public Service Company of New Mexico (PNM) as a bill collector. “Angered by a particularly obstinate customer,” and without permission, Madrid drove to the customer’s home and disconnected the customer’s gas service. It would later be determined that the customer was not a customer of PNM. PNM fired Madrid. Madrid responded by filing a grievance against PNM with his union, arguing that Madrid’s termination violated its collective bargaining agreement with the Company. In making its argument, the union hypothesized that PNM treated Madrid more harshly than other employees guilty of similar conduct. The union sent PNM three discovery requests for documents to prove its hypothesis. Those requests became the subject of the appeal before the Tenth Circuit, as PNM refused to comply. An ALJ determined that PNM had engaged in an unfair labor practice, and ordered the Company to comply with the discovery requests. The National Labor Relations board adopted the ALJ’s decision. PNM appealed the Board’s order, and the Board cross-petitioned to have its order enforced. Upon review, the Tenth Circuit was unpersuaded by PNM’s arguments on appeal, and affirmed the Board’s decision.

Sherley v. Sebelius, US D.C. Cir. (8/24/12)
Drugs & Biotech, Government & Administrative Law, Health Law
Appellants, researchers in the field of adult stem cells who oppose the use of federal funding for the development of embryonic stem cell (ESC) research, filed a complaint seeking declaratory and injunctive relief against the Secretary’s implementation of regulations allowing federal funding of such research. The court, applying Chevron analysis, held that the NIH had reasonably interpreted the Dickey-Wicker Amendment’s ban on funding “research in which . . . embryos are destroyed” to allow federal funding of ESC research. Further, the preliminary-injunction exception was not applicable to the law-of-the-case preclusion. The court also held that the NIH’s interpretation of the Dickey-Wicker Amendment’s actual language was reasonable and the NIH’s decision to dismiss the comments categorically objecting to ESC was not arbitrary or capricious. Accordingly, the court affirmed summary judgment in favor of the government.