Last week, the U.S. Court of Appeals for the Seventh Circuit ruled in Teesdale v. City of Chicago that a city’s legal argument in a civil proceeding does not constitute its official policy. 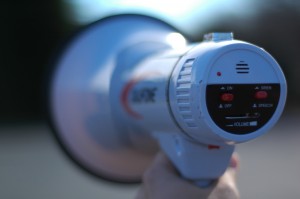 One of the threshold questions before a person or entity may sue another in federal court is one of judicial standing. When the person or entity is suing for prospective relief—that is, a court order preventing a harm that has not yet occurred, the threshold is particularly high. Under the Supreme Court case City of Los Angeles v. Lyons, a plaintiff seeking prospective relief must show that he or she is in immediate danger of sustaining some direct injury as the result of the challenged conduct, and the injury or threat of injury must be “real and immediate,” not “conjectural” or “hypothetical.” In Teesdale, the court found that Teesdale did not meet the standing requirement and thus could not go forward with his case against the City of Chicago.

The facts leading up to the case are somewhat complicated. Pastor Frank Teesdale and several members of his Baptist church sought to engage in street ministry at a summer festival held annually by a Chicago-area Catholic church. A volunteer security guard—who was also an off-duty Chicago police officer—informed Teesdale that while his group could preach at the festival, they could not use a bullhorn to do so. Teesdale then attempted to use the bullhorn to speak, at which time the guard handcuffed and arrested him. The guard called the police and informed them that he was holding an offender for criminal trespass. Believing that the festival was a private event, the officers arrested Teesdale for criminal trespass. Teesdale was released on bond, and the charge was later dismissed.

Nearly a year later, Teesdale and four church members filed a lawsuit against the City of Chicago and the officers alleging violations of their First Amendment rights and asking the court to enjoin the city from preventing their attendance at future festivals. They also asked for a temporary restraining order and preliminary injunction to ensure that they could attend that year’s festival, which was supposed to begin only a few days later.

The City filed an opposing motion and in it, cited a U.S. Supreme Court decision in support of its argument that the plaintiffs did not have an unlimited First Amendment right to preach at the festival. The court ultimately found that the City’s legal argument in reliance on that case was incorrect, and the City conceded its mistake.

Despite the complex facts, the issue before the appeals court was a simple question of law: whether the city’s legal argument in a prior proceeding constitutes official policy that would pose a threat to Teesdale’s ability to exercise his First Amendment rights in the future. The court quickly concluded that it does not.

Finding no official policy, the court ruled that Teesdale lacked judicial standing to seek the declaratory judgment because he could not point to a real threat of actual injury by the City.