No, Your BlackBerry is Not a Nuclear Weapon 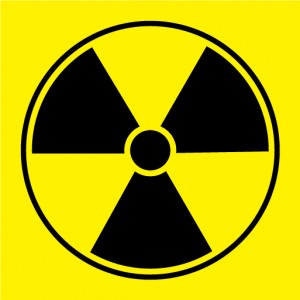 Take Cal Tech’s attorneys, for example. On Friday, they told the U.S. International Trade Commission (‘ITC’) that “RIM’s mobile phones and tablets are not essential to the public’s health and welfare and are hardly comparable to nuclear devices or burn beds.”

Cal Tech filed a Section 337 complaint against ST with the ITC on May 1, 2012 over the university’s CMOS image sensor patents.

The complaint (below) asked the ITC to exclude products made by Swiss-based SMicroelectronics, Canada-based RIM, and Finland-based Nokia from being imported into and sold in the U.S. because they allegedly violate Cal Tech’s patents:

After RIM submitted a response to Cal Tech’s complaint, the university’s attorney’s filed a terse reply (below) to the struggling BlackBerry maker, saying that RIM’s mobile devices don’t deserve any special protection from ITC exclusion because the company’s products simply aren’t “essential to the public’s health and welfare” like nuclear weapons or beds for burn patients (references to past ITC complaints and decisions):

Complainant California Institute of Technology’s Reply to RIM Respondents’ Submission in Response to Commission Notice of Request for Statements on the Public Interest (In Re: CMOS Image Sensors and Products Containing Same)

This argument seems likely to get the ITC’s attention.

Could bankruptcy for the BlackBerry-maker be on the horizon?