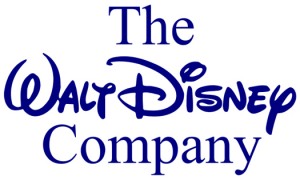 Disney seeks an injunction to stop the defendants from “directly or indirectly infringing the Disney works in any manner,” statutory damages for copyright infringement, and other relief.

A quick glance at the eBay profile of ‘authenticdelivery’ shows more than 139 ratings for purchases over the last 13 months.

The five negative comments in authenticdelivery‘s profile include three buyers alleging that they received a “counterfeit” or “not authentic” DVDs with their orders. You would think that eBay would flag, and follow-up on any ‘Feedback’ alleging sales of counterfeit or knock-off goods. While it’s unclear whether that happened here. the seller’s ‘positive feedback’ score of 96%, with 4½ – 5 star reviews, makes you wonder just what eBay was doing to follow-up on counterfeit product allegations raised in their feedback database.

Perhaps the online auction house is continuing to rely upon its victory in Tiffany v. eBay. In that case, the U.S. Court of Appeals for the Second Circuit held that eBay could not be held liable for sales of counterfeit Tiffany goods by third parties via its website. The court noted how eBay developed its own ‘fraud engine’ which,

[i]n addition to identifying items actually advertised as counterfeit, the engine also incorporates various filters designed to screen out less-obvious instances of counterfeiting using “data elements designed to evaluate listings based on, for example, the seller’s Internet protocol address, any issues associated with the seller’s account on eBay, and the feedback the seller has received from other eBay users.” (emphasis added)

With three fraud allegations over a seven-week period (see the image above), it is unclear what, if anything, eBay may have done to investigate any allegations of counterfeit merchandise raised in one of the defendant’s negative feedback profile‘s starting December 20, 2011 and continuing through February 4, 2012. As of this writing, authenticdelivery‘s eBay profile remains active.

You can follow the case docket, and read Disney’s copyright lawsuit here: