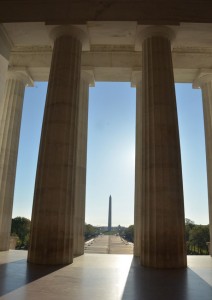 On the ground, the progress was evident. The reflecting pool was inaccessible to tourists, and the new pool was under construction. 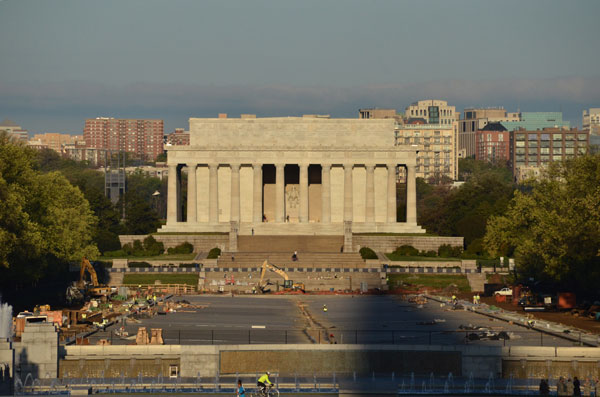 However, on Google Maps, the reflecting pool was still intact. 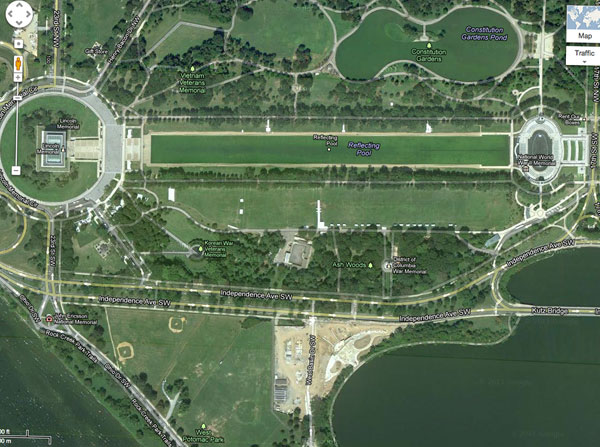 Recovery.gov stated that the Department of Interior awarded Corman Construction, Inc. a 32 million dollar contract on August 19, 2010 for the Lincoln Memorial Reflecting Pool Rehabilitation. The rehabilitation began in November 2010. So, the satellite view from Google maybe at least 18 months old.

In contrast, the aerial map provided by Bing shows an empty reflecting pool as well as an adjacent construction site. 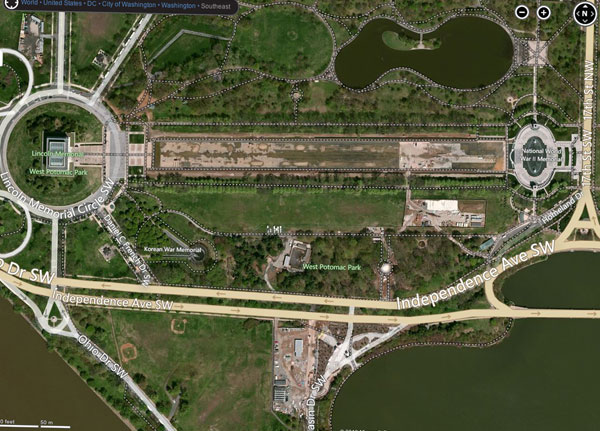 The map by Yahoo is even more dated than the one from Google. 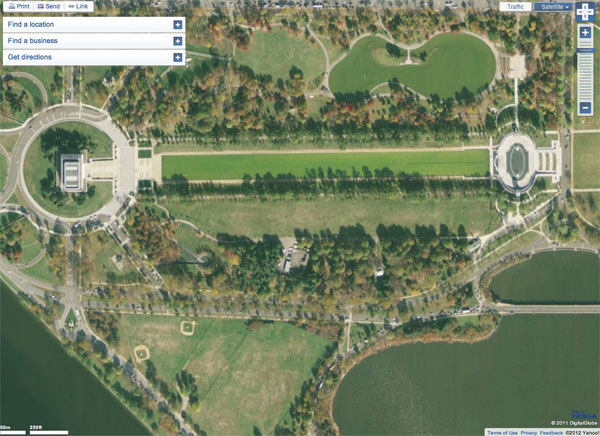 Not only is the reflecting pool intact, the site along the bend of the tidal basin, where the new Washington, D.C. Martin Luther King, Jr. National Memorial is located, is completely undisturbed.

The MLK memorial as it currently appears: 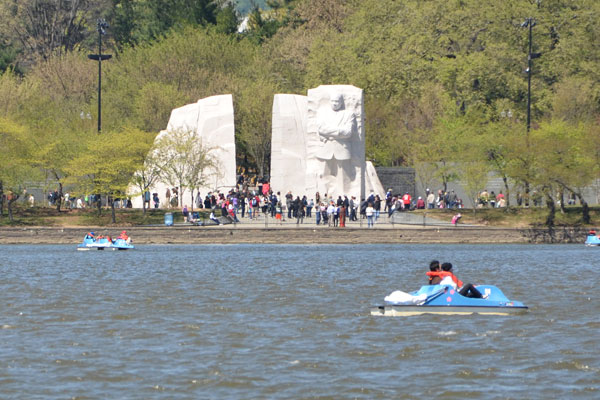 In Google Maps, the base of the statue is visible. 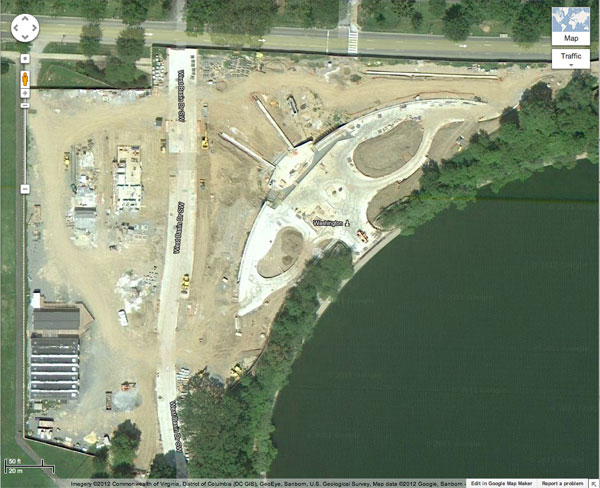 In Bing, the progress is more advanced with the statue in place, as well as some landscaping work already completed. 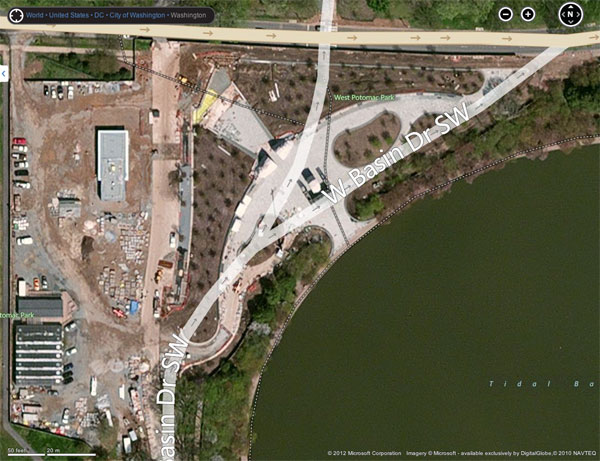 Fortunately, the Washington, D.C. Martin Luther King, Jr. National Memorial website has aerial construction photos. So, the Yahoo photo pre-dates March 2010 when the site was cleared of foliage. The Google Maps satellite photo was probably taken between October 2010 and November 2010, based on the when the base of the Mountain of Despair and the Stone of Hope were installed. The Bing photo was taken as early as April 2011, based on the landscaping around the memorial.

One item to note about Bing. Apparently, Bing displays its maps from different sources based on the degree of magnification. At the highest level of magnification, the construction site suddenly reverts to a verdant park, not too different from what Yahoo offers. 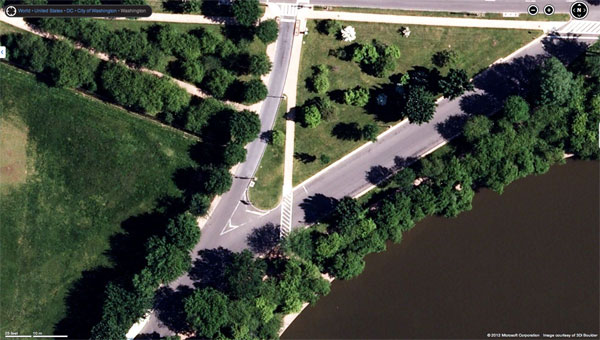 So, despite the focus on offering the most current information, the mapping data from Google, Bing and Yahoo can be stale–months or even years old. Just something to keep in mind when you are consulting your favorite online maps for directions.