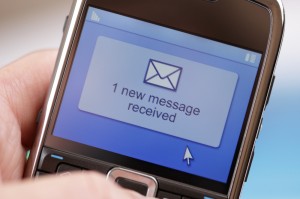 If you think that texting is so ’90s, guess again.

A new criminal case against former BP employee Kurt Mix is an important reminder that, while social networks like Facebook and Twitter may be all the rage, deleting work-related text messages from your mobile phone might get you in trouble with the law.

Especially if prosecutors can prove that you obstructed justice by hiding something from a criminal investigation. In Mix’s case, the investigation involved BP’s deadly Deepwater Horizon oil spill in the Gulf of Mexico.

That’s the issue in the Justice Department’s criminal case against Mix, a former BP drilling and completions project engineer who was tasked with helping estimate how much oil was leaking from the company’s Deepwater Horizon oil rig when it blew out two years ago.

Despite BP sending “numerous notices to Mix requiring him to retain all information concerning” the flow rate, leakage, and repair attempts for a particular well, “including his text messages,” an FBI agent contends that Mix deleted hundreds of text messages, including ones showing that the company’s ‘Top Kill’ efforts to halt the oil leak, weren’t working:

The charges allege that BP’s lawyers hired an outside vendor to collect and preserve the company’s electronic records. The vendor copied Mix’s laptop hard drive in October 2010, according to the FBI. When a grand jury was going to question Mix about the BP spill ten (10) months later, a forensic analysis of Mix’s iPhone allegedly revealed that he deleted “all of the over 1000 text messages” between himself and a BP contractor” from his iPhone, just days before the BP’s electronic records vendor was able to collect it.