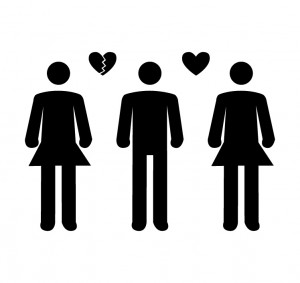 O’Neill’s Wife No. 1 — they never divorced — learned about Wife No. 2 after she clicked on a Facebook ‘friend’ suggestion, and saw her husband in wedding photo with Wife. No. 2.

Wife No. 1 called Wife No. 2’s mother, and confirmed her hubby’s infidelity. The Pierce County Prosecuting Attorney Mark Lindquist’s office got wind of this, and filed felony bigamy charges (below) against the husband.

O’Neill was placed on unpaid administrative leave from his job as a Piece County corrections officer.

Read O’Neill’s bigamy charges here, and then share your thoughts below.