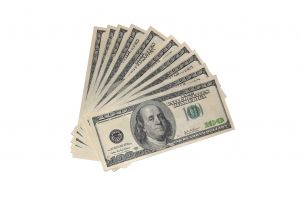 The U.S. Magistrate Judge overseeing Paul Ceglia’s ownership claim case against Mark Zuckerberg and Facebook ordered Ceglia to pay nearly $76,000 in attorneys’ fees to Facebook’s and Zuckerberg’s lawyers for having to repeatedly go to court to compel Cegila to comply with the judge’s earlier orders.

That is in addition to the $5,000 in sanctions that a judge order Ceglia to pay last month.

Magistrate Judge Foschio’s 39-page decision and order (you can read it below) painstakingly details the legal morass that this litigation has become.

On July 1, 2011, Magistrate Judge Foschio granted a request by all the litigants, and:

directed expedited discovery designed to establish the putative contract on which Plaintiff sues, and related emails allegedly exchanged between Plaintiff and Zuckerberg, are authentic or forgeries…

What is so important about Ceglia’s emails? The heart of the case — a claimed contract that Ceglia alleges gives him Facebook ownership rights — could be brought to light via electronic discovery of the emails.

Yet the last six months in this litigation simply appears to have wasted the court’s and the defendants’ time. This started when Ceglia refused to comply with the court’s August 18, 2011 discovery order that:

As Magistrate Judge Foschio explains, Ceglia did not fully comply with her August 18, 2011 order. Instead, Ceglia tried to restrict Facebook’s and Zuckerberg’s access to his email accounts “until after the court had resolved [his] motion to stay discovery…thereby rendering the email account information useless.”

Until all parties have been able to conduct appropriate court-ordered electronic discovery of the emails involving and surrounding whatever contract existed between Ceglia and Zuckerberg, this litigation cannot be resolved.

You can track the Ceglia v. Zuckerberg and Facebook case docket read Facebook’s legal fee award in the Decision and Order here: