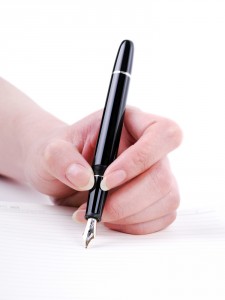 Two Montblanc U.K. trademarks are listed in the complaint:

While Google has long been associated with search-related advertising, you can bet the bank that Facebook and Twitter will face similar lawsuits seeking to learn or confirm the identities of others placing ads for counterfeit goods on the social network and microblog.

You can follow Montblanc’s case docket in its lawsuit against Google here to learn if and when it gets court-ordered permission for a bill of discovery against Google to confirm the identities of counterfeiters placing AdWords ads. Read the complaint in the lawsuit below: