Facebook Discovery Request Denied by Yet Another NY Court 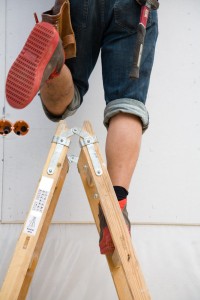 Plaintiffs are a husband and wife who sued after the husband fell off a ladder while employed by the subcontractor of a general contractor, defendant Turner Construction Company.

New York personal injury cases filed by workers who fall off ladders on the job have the potential for big damage awards because the state’s labor law imposes strict liability against responsible defendants.

Defendant Turner initially “had access to the public portion of plaintiffs’ Facebook accounts prior to” taking their depositions. After being deposed, however, the husband and wife modified their Facebook profiles so that they “were either terminated or became private from the general public.”

The judge noted that even though defendant Turner showed the husband a photograph from his Facebook profile at the deposition, “for identification purposes,” the general contractor failed to explain how the picture was relevant to the case.

Defense attorneys should have tried to establish a case for relevancy of plaintiffs’ social networking profiles during depositions. It appears, however, that they may have either failed to do so, or did not understand that simply asking for social media discovery is legally insufficient to get it.

Once again, the decision reinforces the idea that social media discovery requests will not be granted if they are mere fishing expeditions. Litigants must show courts why access to Facebook, Twitter, or other social networking accounts is relevant to issues in the case.