Are Firearms Prohibited at Federal Facilities?

During the holidays, I spent a few days in the great state of Arizona visiting the Grand Canyon. I was awed by the majestic grandeur of the Grand Canyon from when the rays of sunlight first washed over the canyon walls: 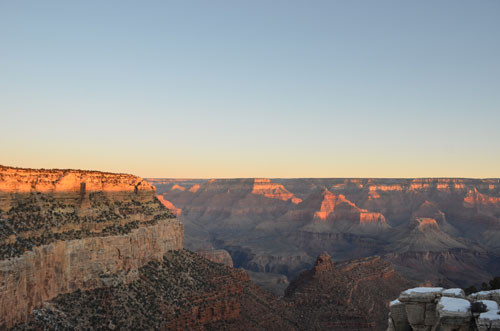 to when the last embers of sunlight vanished into the night sky: 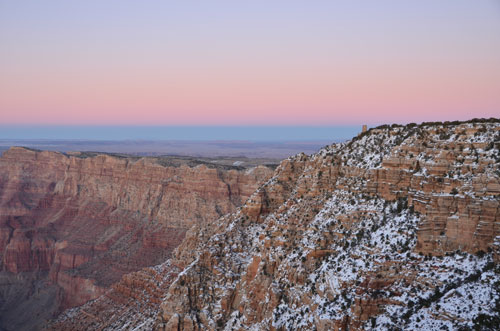 But, nothing intrigued me more than the prominent warning decal citing the US Code. 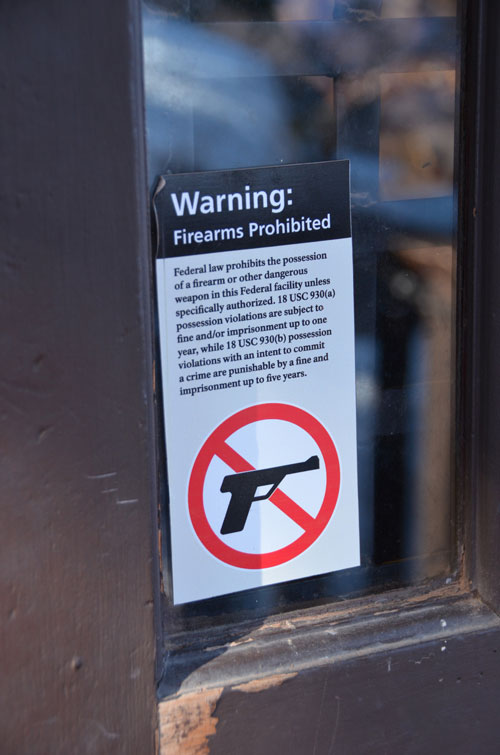 The decal reads as follows:

While the imposing no-firearms symbol appears quite resolute, the language contained in the decal is not as firm. After all, who is “specifically authorized” to possess firearms while visiting federal facilities? Now that I’ve returned to the land of internet connectivity, let’s take a look at 18 USC 930, which is entitled Possession of firearms and dangerous weapons in Federal facilities.

18 USC 930(a) states that “Except as provided in subsection (d), whoever knowingly possesses or causes to be present a firearm or other dangerous weapon in a Federal facility (other than a Federal court facility), or attempts to do so, shall be fined under this title or imprisoned not more than 1 year, or both.”

Now, onto the all-important “except as provided” subsection. Subsection (d) lists three exceptions during which subsection (a) is inapplicable. The first one concerns federal, state and municipal law enforcement officials. The second exemption applies to federal officials and members of the Armed Forces. The last exemption applies to the rest of us: “Subsection (a) shall not apply to…the lawful carrying of firearms or other dangerous weapons in a Federal facility incident to hunting or other lawful purposes.”

Whether that exception is read narrowly or broadly by the courts is untested, and being a test case requires some constitutional fortitude.