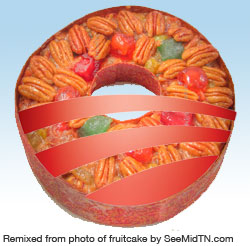 Chestnuts Roasting on an Open Fire

The disposition of some gifts is discreetly described as being “handled pursuant to Secret Service policy.”

The Ronald Reagan Presidential Library explains in Presidential Gifts: Their Handling and Legal Status that “the Secret Service requires destruction of food and drink gifts, combustible items which may release fumes, and colognes and other substances that are applied to the skin.” So, while Santa may appreciate cookies and a glass of milk, don’t send a fruitcake to the White House.

12 Gifts for Less Than a Benjamin

If you are looking for gifts that will not bust the budget, how about these stocking stuffers for under $100 each.