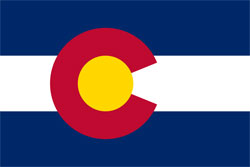 A hat tip to our friend Ed Walters over at FastCase who alerted us to the news that Colorado has proposed adopting a public domain citation format for its Supreme Court and Court of Appeals published opinions. (Yay!)  By our count, this means there will now be seventeen states using some form of universal / vendor neutral citation for their court opinions.

A link to the proposal (in PDF) is here.  Public comments are welcome on the proposed changes but must be in by December 12, 2011.

Some items to note:

2. As mentioned, the citation format covers only published opinions for the Colorado Supreme Court and the Colorado Court of Appeals.

4. Pinpoint citation will be achieved through the use of paragraph numbering.  The proposal includes a description of what constitutes a “paragraph” for these purposes and provides examples of how to cite to a specific paragraph or series of paragraphs.

5. Withdrawn opinions shall keep the vendor-neutral citation of their original opinion, but will be followed by a “W”, e.g., 2012 CO 1 W”.

It looks like Colorado did attempt to adopt a form of media-neutral citation in 1995, but to little effect. (See, “Neutral Citation, Court Web Sites, and Access to Case Law”, by Professor Peter Martin, fn. 27, (2006) )  Let’s hope this time around, especially given that the state is the official publisher of its case law, that their request that all publishers of Colorado Supreme Court and Court of Appeals materials include the vendor-neutral citation within the heading of each opinion they publish sticks.  We at Justia will certainly include these citations in our online Colorado case law after the new year.

UniversalCitation.org – current movement to provide the organizational infrastructure needed to facilitate the adoption and use of a uniform set of media and vendor-neutral citations that can be used for all American court decisions.  This site also links to lots of great resources on the history and work that’s been done in the field so far.

From the Onward Blog: