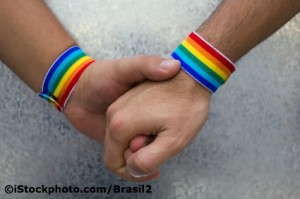 Though a state, as an employer, is not required to offer benefits to its employees, when it chooses to give some employees benefits, it must do so in an even-handed manner. The plaintiffs in this case argued, and the Ninth Circuit agreed, that the Arizona law impermissibly targeted employees in same-sex relationships.

The defendants in the case argued that the law withdrew benefits for different-sex domestic partners just as it did for same-sex domestic partners and thus that the law did not single out any particular class of individuals. However, this argument conveniently overlooks a crucial difference between same-sex partners in Arizona and similarly situated different-sex partners. The different-sex partners can simply marry each other to retain their state-provided benefits, whereas both statute and constitutional amendment prohibit celebration or recognition of marriage between two persons of the same sex in the state of Arizona.

The Ninth Circuit found that the law’s classification of employees was not “rationally related” to any legitimate state interest and thus inferred from the classification an intent to discriminate against employees with same-sex domestic partners, in violation of the Equal Protection Clause.

Given that the Ninth Circuit may soon rule on the merits of the high-profile same-sex marriage case Perry v. Brown (formerly Perry v. Schwarzenegger), the panel’s decision in Diaz may have some bearing on that case—if not its outcome then at least its reasoning.