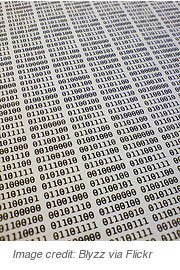 Last week, the Mexican Senate passed a resolution asking the President not to sign ACTA, the Anti-Counterfeiting Trade Agreement. With this resolution, the Mexican Senate is the first in the world to reject this treaty that has been pushed in several countries under different names, such as “Ley Sinde” in Spain and “Ley Lleras” in Colombia and many others. This proposal was approved unanimously by all members of the Senate’s Defense, National Security and Education commissions.

After six months of consultations with the community, industry and authors, the Senate decided to reject ACTA because the treaty could criminalize the transmission of documents, books or songs over the Internet. The Senate committees were concerned that such treatment could impede society’s access to information and culture.

Mexico has been one of the most vocal opponents to the treaty. The criticism of ACTA has risen to such an extent that lobbyists have resorted to reminding the Senate that ACTA was “untouchable.” Despite the political pressure, the Mexican Senate sided against ACTA. As Senator Federico Döring explained, “The opposition successfully argued and sustained a position that the government was incapable of articulating.” Consumers Association President Daniel Geherson even compared the treaty with George Orwell’s 1984 novel, pointing out the censorship and the risks to freedom of speech and privacy posed by ACTA. (Listen to the audio in Spanish).

The President now has the final say on whether or not to instruct all government offices to cease their involvement with ACTA negotiations.