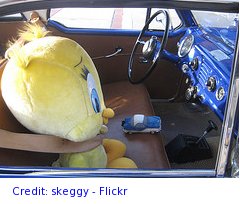 Nothing like a little convention tension to keep particpants on their toes.

This was NHTSA’s safety smackdown at the Detroit-area conference with the tag line: “Telematics is Here to Stay! Take Note of Consumer Demands As the Car Becomes the Ultimate Mobile Device.”

While many states now have legislation banning texting while driving, and require drivers to use hands-free devices if they choose to talk, that hasn’t stopped automakers from helping drivers with a Jones for their social media behind the wheel.

GM’s OnStar unit is developing a hands-free Facebook feature. Could this feature be used responsibly while driving? The verdict will have to wait until such devices are on the market. 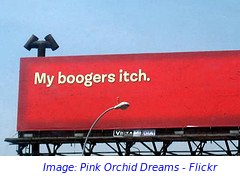 What’s fascinating though is how NHTSA is apparently ignoring other driving distractions. For example, billboards with outrageous or humorous comments that might shock drivers. 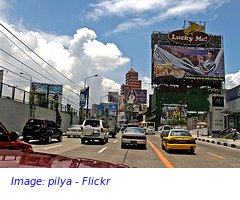 Ads that prompt drivers to look up high and take their eyes off the road can also cause accidents. You don’t hear government safety officials denouncing the Times Square effect of neon signs flashing on busy city streets at night.

Driving under the Influence (DUI) remains a serious safety issue. Some people have actually combined the risk of partying while driving while tweeting at the same time.

Drivers are ultimately responsible for their decisions behind the wheel. As a parent, my wife and I don’t allow our kids to use a smartphone or gaming system when they are passengers in the car. Why? Because they need to learn before they are old enough to drive that texting, Tweeting, Facebooking, and using a mobile device on the road is distracting. Their friends get the message when they are guests in the car.

They already have plenty of other things to read when we’re on the road, like lawyer ads offering their services if you’ve been injured in a car accident.