2 Down, 2 to Go! @Justia Travels to Vancouver to see the Canucks Win Game 2 of the Stanley Cup Finals

So, pretend you’re from Ann Arbor. Ever since you were a little boy (and we’re talking the Dark Ages . . . you know, the 1970s) you stood tall in your bell bottoms and Bobby Brady striped t-shirt against the surrounding swarm of Detroit Red Wings fans, forever dreaming of a Stanley Cup win by your favorite team, the Vancouver Canucks.  You spent years in the wilderness and suffered through Game 7 of the 1994 Stanley Cup Finals.  Recently, you’ve experienced the raised eyebrows of work colleagues as you amassed a collection of Canucks’ swag and made friendly t-shirt wagers with our resident San Jose Sharks super-fan @caminick.

Well, last Saturday night, that guy from Ann Arbor and our CEO, @justia, finally made it to Vancouver to see the Canucks in Game 2 of the Stanley Cup! Enjoy a few photos and a video below. 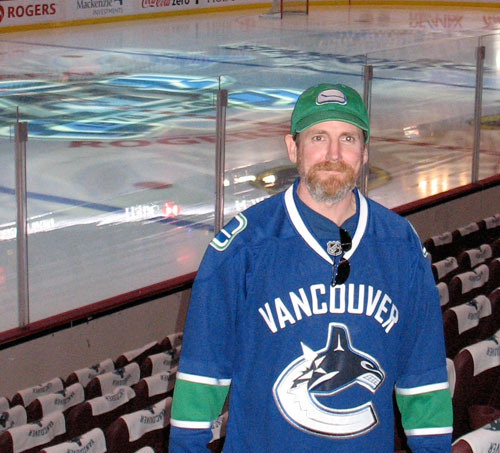 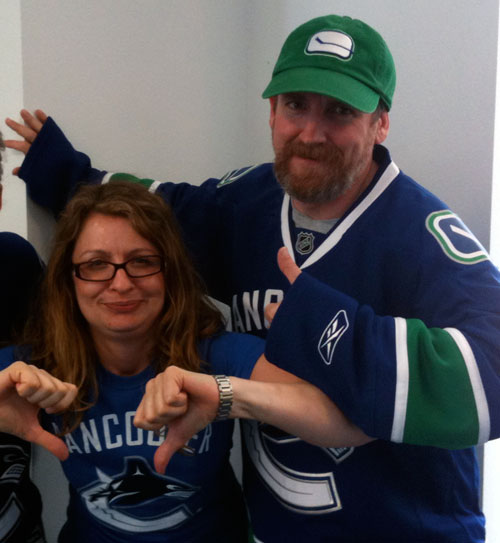