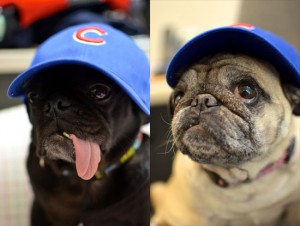 Yesterday, the Supreme Court of Illinois announced that it will adopt a vendor-neutral citation system. According to the press release, the official citation of Illinois Supreme Court and Appellate Court opinions will change to a public-domain numbering and paragraph scheme.

Concurrently, the Illinois Supreme Court will also be discontinuing official printed volumes for Illinois state case law. “The official body of Illinois court opinions will now reside on the website of the Illinois Supreme Court, readily available  to lawyers, judges and law clerks for official citation and to any member of the public who wishes to read them.” This will save private lawyers as well as the court system quite a fair amount of money now that judges, law libraries and law firms will no longer have to purchase and store hundreds of printed volumes. For those concerned about authentication issues surrounding online case law, this should quiet your fears since the opinions will come directly from the courts themselves.

The citation format is a little strange. It will use the year, court, docket number, and paragraph number. The example provided is People v Doe, 2011 IL 102345, ¶15. The Bluebook standard, and the one adopted by most states using a public domain format, is year, court, sequential number of case. 3 Geeks has more on this.

From the press release, it sounds as though the new rules will not require parallel citation to the Reporters, but will allow it:

“While the rule changes require official citation to the public-domain numbering and paragraph scheme, they continue to allow parallel citations to the unofficial regional reporters such as the North East Reporter and Illinois Decisions.”

Seems like a no-brainer, but some states still require a parallel cite to privately published materials (Montana and Louisiana, I’m looking at you).

Another issue to note: the Court is still publishing this information in .pdf format (vs. text), which has some limitations. See Elmer’s Blog and 3 Geeks for a discussion on that.

Hot on the heels of this announcement follows the launch of UniversalCitation.org, whose mission is “to provide the organizational infrastructure needed to facilitate the adoption and use of a uniform set of media and vendor neutral citations that can be used for all American court decisions.”

Universalcitation.org is convened by Tom Bruce of the Cornell LII, John Joergensen of Rutgers-Camden Law, Peter Martin of Cornell Law, and John Mayer of CALI. All amazing free law pioneers and advocates. They are planning to meet during the AALL convention in July. Sign up if you want to attend.