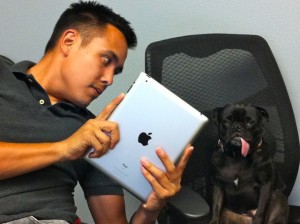 Who doesn’t like puppies? They are cute, adorable, and have a way of helping folks part with hard-earned cash in their wallets. Thankfully, more states are enacting stricter laws to regulate commercial puppy mills that breed dogs for profit, but often raise and house them in deplorable conditions.

According to the Humane Society, puppy mills that sell dogs directly to the public—including via the Internet—are not regulated by federal law. Accordingly, states bear the responsibility for regulating and enforcing the treatment of animals, as well as animal breeding practices and conditions before a breeder may sell an animal to the public.

The Texas Legislature just passed a “puppy mill bill” this week, but the legislation would only apply to breeders who have 11 or more dogs or cats used for breeding. The bill, HB 1451, was sent on to Gov. Rick Perry for final approval.

What did Missouri’s Governor get rid by signing this new dog law legislation? He removed all restrictions on the size of roughly 3,000 commercial dog breeding businesses in his state, and gave breeders five years to enlarge the cages and spaces for dogs.

As a result of repealing Missouri’s ‘Prop B’ law, (1) breeders can have dogs mate as often as they want, instead of being limited to two litters every 18 months, and (2) there are no restrictions on the number of female dogs that can be used for breeding. Under the voter-approved law, breeders were permitted to have up to 50 breeding dogs at a time.

What can you do? Justia encourages you to adopt a dog locally from city and county animal shelters, or from experienced and reputable pet rescue groups. Puppy love translates into dog love. They don’t stay puppies forever, but they’ll still be a cute, cuddly, and loyal part of your life!