Tracking iPhone and Android Users: Why This Shouldn’t Be Surprising 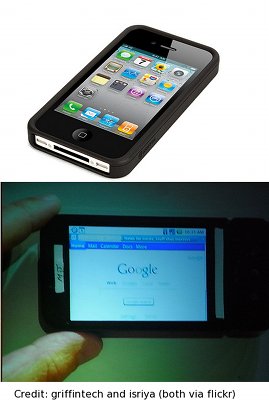 There’s been a huge hullabaloo this week about a discovery by two engineers that Apple iPhones and 3G iPads log  users’ locations with geo-coordinates and time stamps. A day later, it was revealed that Google’s Android operating system can store two files tracking users’ travels: one based on WiFi, and the other based on cell tower triangulation.

Oh, and one more thing. There is no federal law concerning GPS tracking, and state laws on location tracking vary.

But doesn’t turning off any location-based settings on your phone take care of the problem? Maybe.

It appears that for iPhones, the answer is ‘no,’ but for Google Android devices, turning off location features protects users from being identified.

After years of uploading photos to Facebook from their mobile phones, informing family, friends, and acquaintances of our whereabouts using location-based apps like FourSquare, Gowalla, and Facebook, privacy concerns regarding location-based finding apps on tech toys shouldn’t surprise anyone.

We use OnStar to to keep tabs on our car, and automatically send an ambulance in an emergency.

We track our kids and spouses using smartphone apps like ‘Find My iPhone.’ AT&T, Sprint and Verizon all let you track family members with your phone. Phone companies like to sell us ‘peace of mind,’ ‘security,’ and ‘safety’: all buzz-words for which we’re willing to pony up good money, in exchange for letting them track us and our loved — or not-so-loved unfaithful — ones.

Most folks appear to use location-based features for a reason: they’re pretty darn convenient. Shucks, we like convenience.