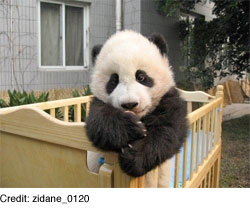 Last week, The New York Times published Arriving as Pregnant Tourists, Leaving with American Babies, a report that offered an interesting peek at a San Gabriel maternity center that catered to pregnant mothers from China. While the article focused on the immigration law aspects of this practice, I wanted to delve into some other issues that were not covered.

Medical tourism, or the practice of securing medical services in another state or country, is a serious business. Major American hospitals, including Mayo Clinic, MD Anderson Cancer Center, Memorial Sloan-Kettering Cancer Center, Cleveland Clinic, Stanford, UCSF, Duke, and Massachusetts General Hospital, have programs dedicated to international patients seeking state-of-the-art care. Some hospitals even have dedicated maternity services for international patients. These programs offer hospitals an avenue to expand their revenue base by serving patients willing to pay full hospital costs by themselves. In an era of diminished public funding and renewed threats to Medicare, these premium paying patients may well end up subsidizing the cost of care for many of us.

While The New York Times article focused on foreigners seeking medical services here, we also must acknowledge that a certain segment of our own society seeks medical treatment overseas. Indeed, globalization has altered many industries, including the medical profession. Foreign hospitals market to American patients, such as those seeking stem cell treatments that are otherwise unavailable in the United States, or those seeking low cost treatment for more common maladies. For those without insurance and are cost conscious, a USAID report—Market Demand Assessment and Marketing Strategy for Medical Tourism—compares the costs between various elective surgery procedures in the United States and different foreign locales. For the uninsured, seeking a heart bypass from Anadolu Medical Center in Turkey or a hip replacement from Apollo Hospitals in Bangalore may be an attractive (or only affordable) option. Before we restrict or regulate access to medical services by foreign nationals, we should fully study how the impact of such limits may affect our own access to medical services both domestically and abroad.

Surprisingly, The Times did not fully explore the reasons why “well-to-do Chinese women” may be delivering their babies in the United States. Their immigration experts surmised that these mothers were interested in securing US citizenship for their newborn children. Since we are both offering unsupported speculation, I would offer my theory. Well-to-do Chinese women have the financial means and ability to escape from China’s draconian one-child policy. If anyone is opposed to that policy, which can involve forced sterilization and abortion, supporting the ability of women from China to deliver their freedom babies in the United States is one way to highlight the difference between the values of our society and theirs. If we restrict the right of women to deliver their babies in the United States, we may well be complicit in sending them to their deaths.

Back in 2008, the Office of the Director of National Intelligence and the National Intelligence Council published Global Trends 2025: A Transformed World. The report predicted that “by 2025 (when today’s freedom babies turn 14), China will have the world’s second largest economy and will be a leading military power.” I, for one, will welcome our fellow citizens in China with open arms because income from abroad is taxable, and their income, whether derived in the United States, China or another nation, will be helping us pay down our national debt. That’s the benefit of U.S. citizenship–you get to foot your part of the bill. I do wonder whether these well-to-do parents are consulting the appropriate tax attorneys to fully plan the tax implications of junior being a United States citizen.