It Takes an Act of Congress… 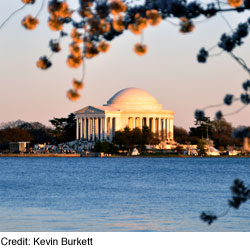 I am dedicating this episode of Congressional Haiku to Representative Cliff Stearns (R-FL).

Washington is no stranger to political gridlock. And, we expect a certain amount of intransigence when Republicans and Democrats coalesce. But, in a shocking act of all that’s wrong in the Capital City, Congress may be stepping in to compel one government website to link to another. Of course, the surprise is that both websites are presumably run by the same organization–the U.S. Department of Veteran Affairs.

So much for Congress focusing on the top-level issues and charting the vision for where the nation should be headed. Not only does this bill evidence an inability on the part of the Congressman to distinguish the forest from the trees, I dare say that he missed the tree as well and ended up fixated on the vein of a leaf perched atop said tree. I guess there’s no better way to freeze a web design than having Congress enter the fray and mandate that certain elements be included.

Furthermore, proving that we’ve learned nothing from the events in the Middle East, the bill orders the Secretary of Veterans Affairs to purchase advertising in national media outlets to promote the VetSucess website. No Facebook. No Twitter. No social media. No innovation. Sigh.

Advertisement of Internet Website- Subject to the availability of appropriations for such purpose, the Secretary of Veterans Affairs shall, in accordance with section 532 of title 38, United States Code, purchase advertising in national media outlets for the purpose of promoting awareness of the VetSuccess Internet website to veterans.

The last thing that a government agency needs is an order from Congress to spend more money.