Props to Cleveland Solo David Mills on his SCOTUS Win 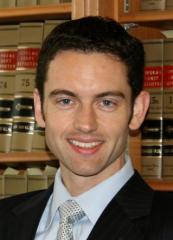 Mills started with a good foundation: he graduated from the University of Michigan Law School, spent four years as a litigation associate in Jones Day’s Cleveland office, followed by clerkships at the U.S. Court of Appeals for the Sixth Circuit, and for U.S. District Judge Louis Oberdorfer who heard federal appeals court cases, by special designation, in four different appellate circuits.

Mills chose to handle both criminal and civil appeals. Hoping to generate a steady income stream, he signed up to handle federal appeals for indigent criminal defendants, but then learned that getting paid in these matters took months or years.

A combination of factors ultimately led Michelle Ortiz to find and retain Mills. She is a former Ohio state inmate who was sexually assaulted over two consecutive nights while incarcerated. She told a prison case manager about her first assault, but he did nothing to ward off the next assault. Ortiz also sued a prison investigator who retaliated against her by “by placing her, shackled and handcuffed, in solitary confinement in a cell without adequate heat, clothing, bedding, or blankets,” that violated her Eighth and Fourteenth Amendment rights to have “reasonable protection from violence while in custody.”

Ortiz won her civil rights case at trial after the District Court denied the prison officers’ qualified immunity defenses — which they didn’t appeal — and the jury rendered a verdict for Ortiz. Moreover, the prison officers failed to contest the jury’s finding of liability for Ortiz against the officers.

The Sixth Circuit reversed the finding for Ortiz, granting both prison officers qualified immunity from such conduct.

After a number of appellate attorneys rejected her request to appeal the Sixth Circuit’s decision, Ortiz found and retained Mills with just hours left for him to request an extension to seek certiorari from the Supreme Court.

He received an extension for Ortiz, and was subsequently granted

For fun, Mills cranks out legally-themed cartoons on his Courtoons cartoon blog. His humor is laser-focused. Just look at his Black Friday and Polar Bear cartoons.

Austin Sarat—Associate Provost and Associate Dean of the Faculty and Professor of Jurisprudence & Political Science at Amherst College—argues that life sentences without the possibility of parole (LWOP) are as problematic and damaging as the death penalty.