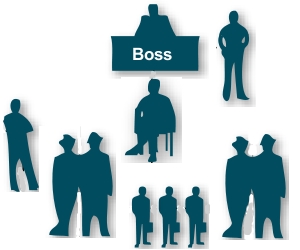 Whatever one’s ethnicity, religion, or race, organized crime remains an ‘equal opportunity’ endeavor — only it’s an illegal one.

Here are a few tips on where you can find legal information about organized crime cases and do some background research.

You can read the criminal charges against all La Cosa Nostra suspects from New York, New Jersey, and Rhode Island here.

Curious about how New York’s Five Families are apparently organized? Take a look at this FBI chart: 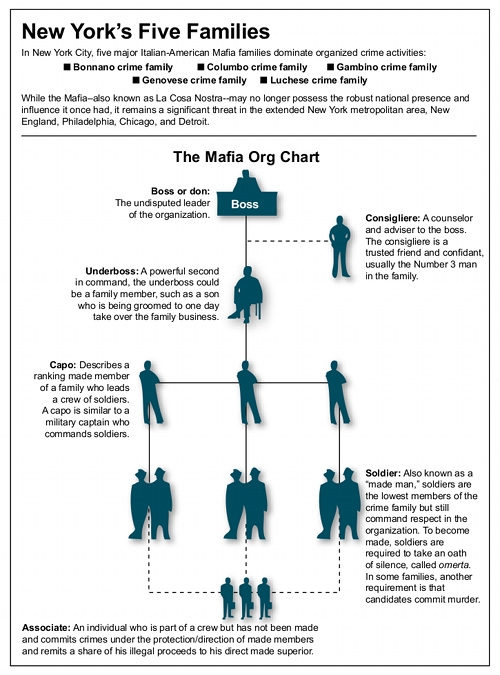 Do you know how a Mafia underboss got his ‘title?’ The chart helps explain the answer.