Bolsheviks Seize Control of the House 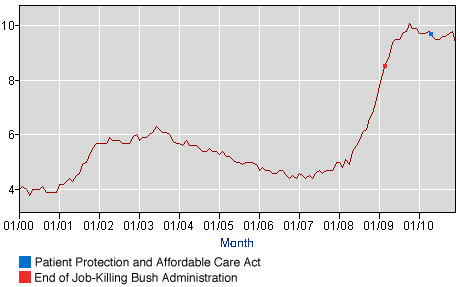 The jobs were killed long before President Obama even took office. So, what else will the House be considering besides job-killing laws that don’t kill jobs? Try this one for doublespeak: The Reclaiming Individual Liberty Act. I cannot believe that Rep. Scott Garrett (R-NJ) would sponsor this piece of Socialist legislation, which seeks to reintroduce free riders into the health care system. Instead of compelling individuals to be responsible for their own health insurance, Rep. Garrett seeks to liberate the free riders so that society as a whole can collectively pay for their health care costs when they prove unable or unwilling.

Finally, considering the over-the-top names that members of Congress often foist upon their bills, I was quite taken aback by the rather timid sounding Polar Bear Delisting Act, sponsored by Rep. Don Young (R-AK). In this day and age of belt tightening, maybe a few vacancies at the Department of Acronyms resulted in a backlog of work. So, here’s my best shot – Delightful Endangered Animals Delisted (DEAD) Act. I think it has that visceral feeling that politicians so love to embrace.

So much to look forward to during this new year.