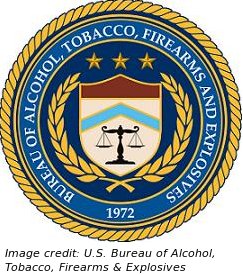 One would think that the ATF, the federal agency charged with keeping track of firearms in the United States would be able to quickly pull up a list of people who legally own firearms in this country.

Just press a few buttons on the computer, and — presto! — ATF agents should be able to efficiently track all guns and their owners’ purchase histories, right?

For more than 22 years, the National Rife Association (NRA), the country’s most powerful gun lobby, has successfully lobbied Congress for “a prohibition, beginning in 1978, and in every appropriations bill since then, that restricts the ATF from creating a computerized registry of any sort or shape of gun ownership.”

Arizona gun laws are considered the most lenient in the country. Paul Helmke, Director of the Brady Campaign to Prevent Gun Violence, says that “Arizona, as it turns out, has almost no gun laws.”

Lougher’s shooting of a sitting U.S. Representative, his slaying of six victims, and injury of 14 should make people of every political persuasion think whether the ATF and other law enforcement officials can easily track a gun’s history of ownership, the number and type of weapons that a person legally owns, and an owner’s frequency and type of purchases.

Apparently, that’s not the case. “Essentially,” according to Washington Post investigative reporter James Grimaldi, “the ATF cannot have a computerized database of people who own guns in the United States.”

The ATF’s National Tracing Center (NTC) says that it “is the country’s only crime gun tracing facility.” Based in Martinsburg, W.Va., the NTC would seem to be little more than a bureaucratic, paper-pushing storage facility. Unfortunately, it appears that the NRA and its friends have successfully kept the gun tracking unit in the Dark Ages, preventing the ATF unit from keeping a comprehensive computer database of guns and their owners’ purchase histories.