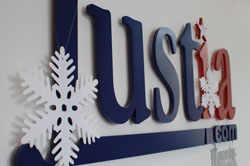 O Tannenbaum, a public domain Christmas carol, extols the venerable Christmas tree. While the lyrics may be seasonal, the melody is truly evergreen, having been remixed into other popular songs, such as Michigan, My Michigan. Now, you can hum the tune 365 days a year. Go Blue!

In the spirit of the holidays, let’s take a look at a few Christmas tree bills and laws:

The fake Christmas tree industry should not feel miffed because Congress is quite promiscuous when handing out gold stars to its industry benefactors. (See National Watermelon Month, National Ceramic Tile Industry Recognition Week, and the National Convenience Store Appreciation Week). Actually, I don’t begrudge watermelon growers or convenience store workers because I can sense that Congress will be recognizing National Blogger Appreciation Week very soon. 😉