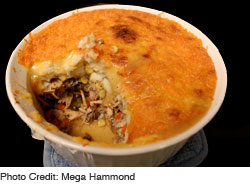 It’s been a fun month at Justia. We launched our new Justia Legal Answers service, and we’ve been hard at work adding free law (shhh, we’ll tell you all about it soon). And of course, we’re still blogging and Facebooking [ed: not a word] away.

Here’s a sampling of the content that generated the most buzz on our Facebook page and this blog.

The highest number of page views and comments this month was for Nick’s Introduction to Wizarding Law. Everyone loves Harry Potter–and who knew there was a legal angle there? Great stuff!

The politicians inspired a lot of commentary this month. These posts generated lots of discussion:

Proof that bipartisanship is possible–people hate crooked politicians on both sides of the aisle. There’s plenty of scandal to go around, after all.

As much as people might hate the politicians, however, they don’t want their Facebook rights denied! We got a large number of likes [37] on our post about the NLRB defending federal employee rights to express themselves on Facebook.

I was happy to see that there was a lot of interest in criminal justice posts, both on Facebook and Onward.

Constitutional issues drew a lot of attention, too. Ken’s post about the Oklahoma Anti-Sharia Law ranked third for page views, and the Facebook post about case generated a lot of likes [23]. Our Facebook post about a court ruling that would allow undocumented immigrants to qualify for in-state tuition rates got the highest number of comments for the month–54 total.

Finally, some feel good posts got high numbers too, which makes us, well, feel good. Justia’s call to “Like” our friends at Cornell LII got 52 likes–the highest of the month! And our post about remembering veterans got a respectable 31 likes.  Over at Onward, our fourth ranked post was about Things We Are Thankful For, which I think had something to do with all of the cute dog pictures.