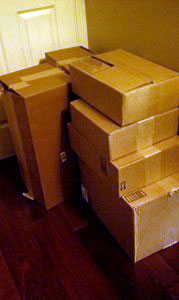 This ruling did not stop states from collecting the taxes themselves, however, as a “use” tax. To help with collection, states have banded together under the Streamlined Sales Tax Governing Board. Its charter is to “assist states as they administer a simpler and more uniform sales and use tax system.” Signatory states have agreed to simplify use and sales tax structures, and align their laws with other states, so that collecting sales and use tax will be easier for consumers and online retailers. So far, 44 states and the District of Columbia have signed on.

Earlier this year, Congressman Bill Delahunt of MA introduced the “Main Street Fairness Act,” which would authorize those states that have joined the Streamlined Sales Tax Project to require large online and catalog retailers to collect sales taxes.

Congressional action is important because, as you can imagine, states have difficulty collecting self-reported taxes. While some states, like CA and NY, add a line item to tax returns for consumers to report all online purchases, consumers have little motivation for being honest. Even if they want to pay taxes on all of their online purchases, they face the difficult and burdensome task of collecting and sorting receipts for every online purchase made over the course of the year. The states need the retailers to collect sales taxes at the time of purchase if they ever want to see the revenue.

This situation was illustrated recently when North Carolina sought detailed customer purchase records from Amazon.com in order to collect use taxes.  The State sought information linking consumers with their purchases, many of which are expressive in nature (books, movies, etc). Amazon filed suit to block the request, citing privacy concerns, and last month a federal court granted summary judgment. The First Amendment discussion in the opinion is very interesting. The Law Librarian Blog has a good summary of the decision.

So what’s a consumer to do on Cyber Monday? Save your receipts, I guess. Here are some resources to help you find your own state specific rules:

Sales Tax on the Internet, from our friends at Nolo.com